Are We Getting Folked Up?

by Phyl Lobl
Should the question be, are Folk festivals getting Folked down? Having read the correspondence between Keith McKenry and Kate Fagan in the magazine Trad & Now1 I had thoughts that asked for expression. I congratulate them both on their thoughtful well expressed observations and civilised regard for each other’s viewpoints. I too, have for some time felt unease about the directions that Folk Festivals have been taking. It's difficult to know just what name now applies. Many performers, even longstanding ones who have used folk festivals as a platform for years, shy off the word 'folk'. For them it's an 'F...' word to be avoided far more than the usual 'F...' word. They would rather use 'roots' or 'world' or 'acoustic', anything except folk. Maybe because its no longer hip or its not hip-hop enough, or maybe because it has distasteful political nuances for some, or perhaps because they don't want to think through the complexities of defining such a seemingly contradictory will-o-the-wisp. Maybe it would be more honest to rename the Folk festivals, Performance Festivals. If so, would that mean that 'folk-arts' would be totally sidelined? If so is that acceptable to audiences? 'Folk' as a term is still okay with me although I do call myself a Cultural Maintenance Worker with more certainty. 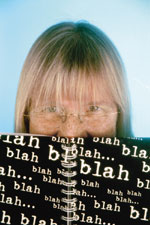 Folk has a proud tradition. When I served on the Music Board of the Australia Council for three years my role was to fight for funds for folk music. I was asked to define folk, Australian Folk, as the board members held grave doubts that any such products existed and on top of that they wanted me to explain how it differed from Pop or Country and other genres. In order to make a start on quite a long paper for both the Music Board and the Australia Council itself I asked a classical music person on the Australia Council to define classical music. It seemed only fair to me that if I had to define my genre, so should they. He said classical music was the ‘Celebration of Skill’. Using those terms I defined Pop as the ‘Celebration of Marketing’ and Folk as the ‘Celebration of Life’. I now think I should have used the phrase ‘Celebration of Reality’. Such qualities of course may be present in all genres but it’s the degree in which they are required and I’d like to emphasise required, that is the main point. Alas, at folk festivals it seems both ‘Celebration of Marketing’ and the ‘Celebration of Skill’ have taken hold. Reality and the celebration of it is becoming a lesser component. I provided a paper and much longer presentation to both the Music Board and the Australia Council that filled out the role and presence of ‘folk’ in Australia. I must have been convincing as the level of funding rose considerably, but that is another story. As Keith does, I too question the right of some performers to be included at Folk Festivals. Their purpose, the level of their understanding of the word ‘folk’ and their knowledge of the culture of performance they have inherited are two points to question aside from those of skill and style. I won’t comment here on criteria for those last two aspects although they can be made. Then there is the balance of numbers of local or imported, new or old, and above all balance of content. Being amusing and instrumentally skilled give a higher level of entertainment for sure. For sure entertainment is a component of all performance including folk music. I wouldn’t want to not have those elements present in good measure, however I see as equally important components of Folk Festival fare, ‘perception’, ‘intent’ and ‘potential for re-use’.

All art is a perception translated into a form that uses one or other of these raw materials; sound, silence, shape, colour, movement, words and meaning. It may be a perception related to life or a perception related to the material that is being fashioned. Its form is accomplished using energy, experience, bodily facility and imagination. Each genre places emphasis on different components of the ‘art’ produced. One of the most important components for folk music is that it can be easily passed on, that is transmission.

'Folk' is usually passed on through performance, not to people highly trained in an art form but to ordinary people who hold down jobs, raise families and live full lives that often encompass a community. A community of ordinary people, folk who have need for a medium of self expression for themselves as individuals and as part of a group. From my point of view it doesn't have to be passed on by oral transmission this can be in the flesh or electronically, but it must be capable of such transmission.
A folk song construction must be able to survive with no accompaniment and not necessarily through performance by brilliant singers. This doesn't mean that such a song would not be further enhanced with these additions. It's just not dependent on them. A dance tune must be able energise dancers when tumbled off average instruments played by average fingers. Dance steps must be constructed in ways that don't overtax bodies that have not much time to train and yet they must be interesting to perform and to view. This does not mean folk art products cannot be beautiful and moving and useful, otherwise so many composers would not have used folk songs and dance in operas and classical music, nor would writers utilise folk stories, jokes and 'slanguage' to aid literature. These products created by ordinary people with ordinary skills can be extraordinary because of the depth of their perception, their relevance to

Folk Art has a threefold relationship to reality. It operates to relieve, relate, and help people to recognise reality. For example, work songs, lullabies, love songs, nonsense songs all relieve reality. Narratives and ballads relate reality. Political songs and Protest songs fulfil all three functions. It's not so much imagination that is involved in this art form but more the ability to perceive and translate reality so that it transcends the mundane and allows the participants or observer to experience empathy with the subject. That empathy may result in laughter, reflection, energy and action or knowledge and understanding and above all repeated performance over generations or through many members of a group in one generation.

SOME SUGGESTIONS TO CONSIDER