Performed by John Broomhall
George Bass was possibly the first European to see and hear Ghantarinteree both geographical phenomenon and the word. A charismatic young man, George Bass achieved in both medicine and seamanship and although his explorations bought him fame they did not make him rich. This sound tells the main points of his life and of his eventual fate. 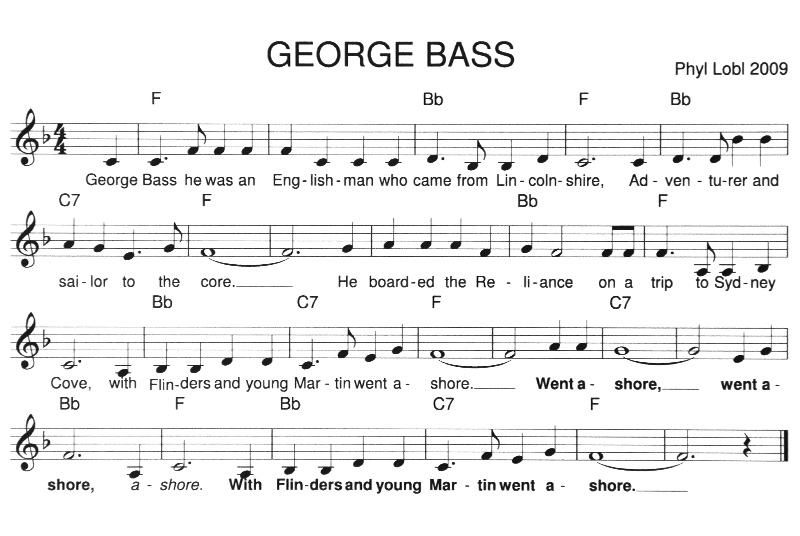 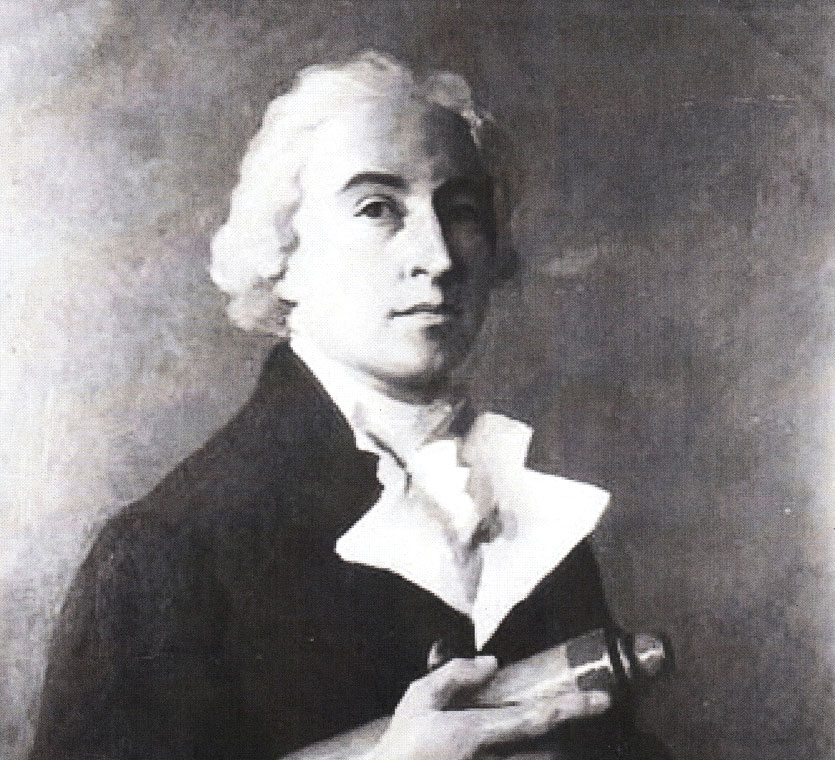 George Bass he was an Englishman who came from Lincolnshire,
Adventurer and sailor to the core. He boarded the 'Reliance' on a trip to Sydney Cove,
And with *Flinders and your *Martin went ashore.
Went a-shore, (ashore) Went a-shore, (a-shore)
With Flinder and young Martin went a-shore.
The three of them went sailing in a little boat *'Tom Thumb',
They found 'The Illawarra' on the way,
They flagged the coal deposits that opened up the land,
Where the Wodi-Wodi people had held sway,
Held sway, (held sway) Held sway, (held sway),
The Wodi Wodi people had held sway.
In a boat made from the *Banksia, an open Whaleboat,
Bass ventured forth again to make report,
He found Shoalhaven River then sailed on to find,
*Two-fold Bay, Whilson's Prom and West Port,
Western Port, (the port), Western Port, (the port),
Two-fold Bay, Wilson's Prom and Western Port.
Bass thought there was passage that would prove to be a strait,
A jounrney in the 'Norfolk" brought him fame.
He sailed round *Van Dieman's Land without and mishap.
Bass Strait is now ennobled with his name.
With his name, (his name), With his name, (his name),
Bass Strait is now ennobled with his name.
*Elizabeth was waiting and longed for his return,
Though money was in very short supply,
So he sailed for South America to make a fortune there,
But on that journey George Bass was to die.
Was to die, (to die), Was to die, (to die),
On that journey George Bass was to die.
* References
Finders - Mattew Flinders, navigator, cartographer and doctor who explored with Bass and later circumnavigated Australia and encouraged the use of the name Australia for this continent.
William Martin - Personal servant boy to Bass.
Tom Thumb - Very small boat used by Bass, Flinder and Martin to explore the South Coast.
Elizabeth - Bass's wife Elizabeth Waterhouse.
Two-Fold Bay - a Whaling station low down the South Coast of NSW.
Wilson's Promontory - a spectacular promontory on Victoria's southern coast.
Western Port Bay - a bay further south than Wilson's Prom but not as far round as Port Phillip Bay.
Banksia - an Australian tree whose timber is not usually used for boats.
Whaleboat - an open boat of 28ft.
Van Dieman's Land - an early name for Tasmania.
Bass Strait - The sea between Victora and Tasmania.