When I first heard the term 'Butter Track' I knew there would be a song. Many people had heard of the Butter Track but no-one seemed to know exactly where it ran. Several people have helped in the 'tracking' so far. Thanks to Len Hainke, and Betsy Coroneos for clues, and to David Radford for use of maps and extracts from books of Illawarra and Kangaroo Valley history. The track seems to have been made up of Wodi Wodi tracks, the Hoddle Track and a couple of tracks called Butter Track.
Synchronistically Jack Cream is credited with being the man who followed the Wodi Wodi tracks which then led to them becoming the Butter Track. 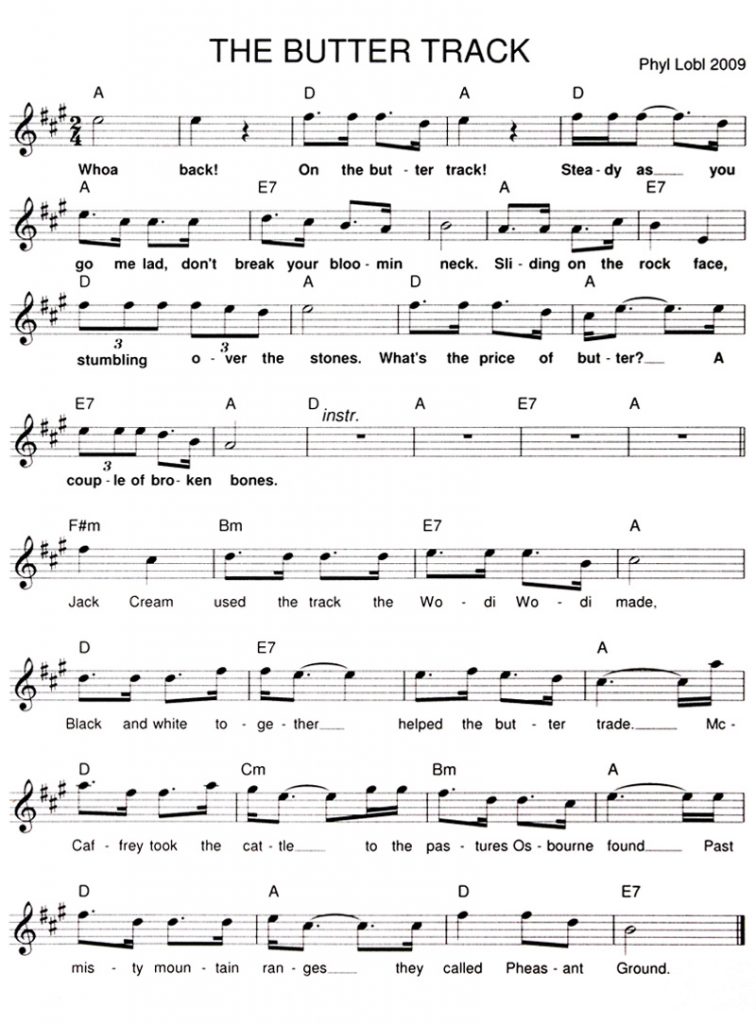 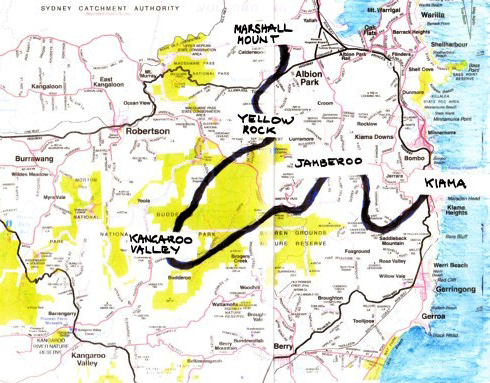 A rough idea of the butter track route. 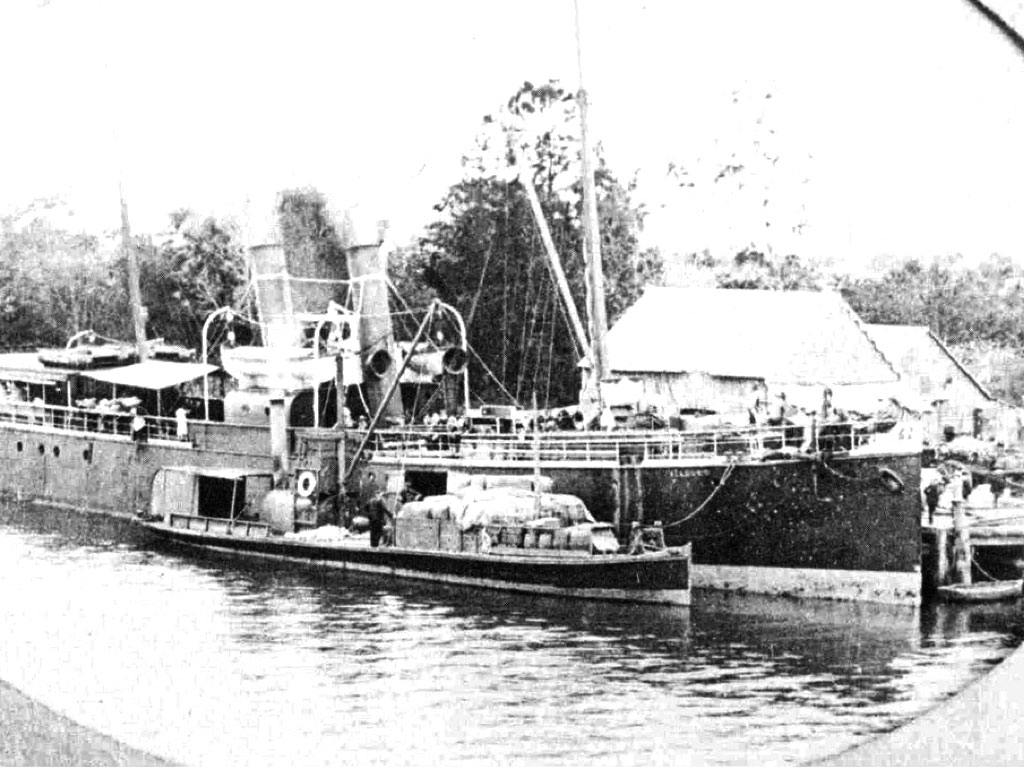