FOUND ON WEBSITE: Australia Bush Tales recommeneded by Mark Whalen at Pilot's Cottage 'Hollow-log Jack' frequented the Monaro country and surrounding areas. He reckons he never slept anywhere but in a hallow log, and swore that there wasn't a camping-place to equal it.
He plugged the ends so that snakes 'and the like' would not take possession. According to Hollow-log Jack, a man needed only one blanket on the very coldest of nights in these bunks. His dog went in first in case of intruders; then the dog crawled out and the swagman crawled in. One day Jack was found dead in one of his logs.' 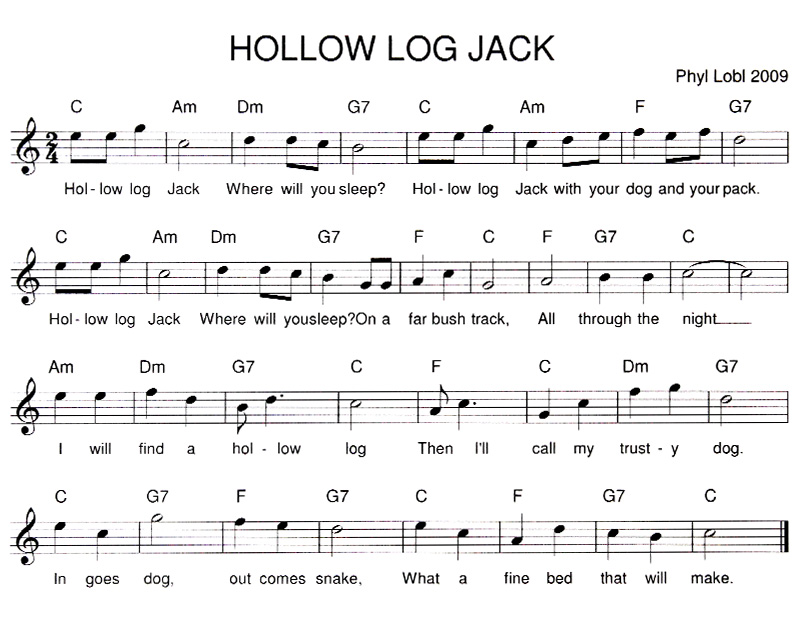