Twas a big Nareen Cocky of whom I have heard,
Whose views upon life are a trifle absurd,
He drives around his flocks in a Mercedes Benz,
Sayin' life wasn't meant to be easy my friends.

Never trust Politicians they're a real weird mob,
There are very few of them fit for the job.
And a true Dinkum Aussie his country to serve*
Determines his vote with his hip-pocket nerve.

Joh is a joker on the great Northern line.
He thinks its his influence brings the sunshine,
The laws that they make there, are so go-ahead,
They make Queensland a flamin' good place for the dead.

Peacocks are rare in the Aussie outback,
And Gucci toothbrushes are expensive to pack.
He's a real dandy dresser and never uncouth,
Just as flash as a rat with a bloody gold tooth.

Hawke is a very Australian bird,
With an eye that is keen he's as true as his word,
His words have four letters so no-one gets stuck,
A spade is a spade, but a screw is a … four letter word.

* Take your choice and use this word in the culinary, the religious or in the veterinary sense. I choose the latter. 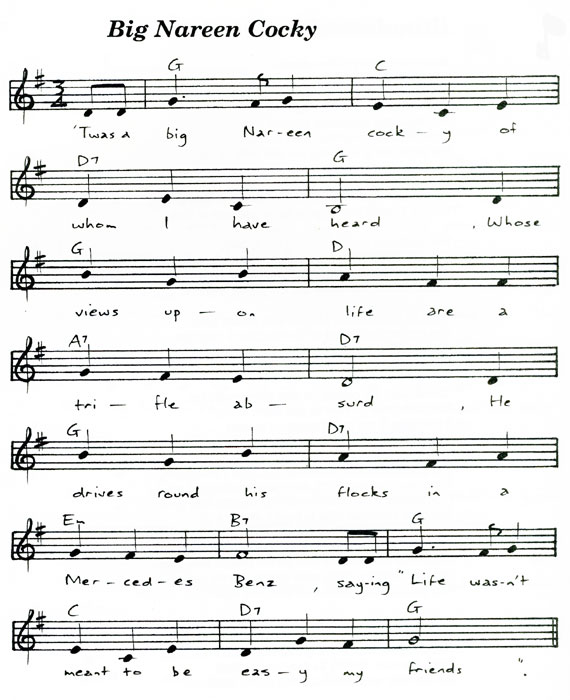