Performed by Phyl Lobl, Shayna Stewart, John Broomhall & Michael Roberts
A significant geological feature affecting the area long before people is commonly called 'The Blowhole'. The Wodi Wodi (Wadi Wadi) people who once lived in this area in significant numbers used a word said to mean 'noise from the sea'. Indigenous sources gave two variations of the word sounding close to Ghanterintee or Ghanterint-er-ee and favoured spelling the word with 'G'. Some sources use 'K' instead of 'G'.

*Ghanterintee can be a dangerous place as several places as several dramatic deaths have shown.

WARNING Phyl Lobl July 2009 c.
In your sound there is sorrow,
A kind of a moan with grief in the tone.
For your white flowing lace turned into a net,
They were standing too close, they chanced to forget.
That the forces of nature are owed deep respect.
Ghanterintee they died.
You're child of nature and of beauty that's wild.
A child of the sea, Ghanter-in-ter-ree. 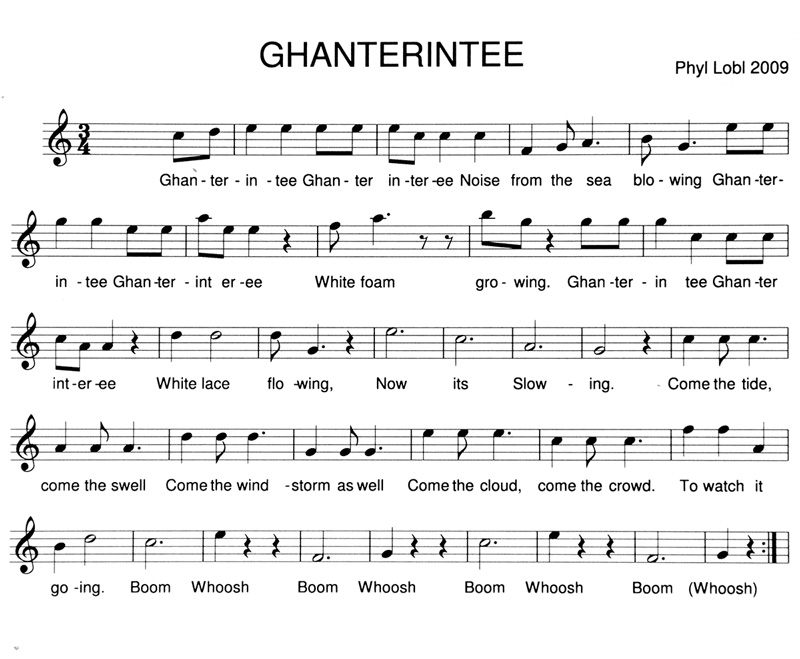